On the Khovaling Loess Plateau in Tajikistan, we study three exceptional sites from the so called “Loessic Paleolithic”. These sites are large (>100 m) outcrops with a very impressive stratigraphy. They comprise an alternation of loess (homogenous wind-blown dust that is principally deposited under arid, cold conditions) and paleosols (ancient soils that formed under warmer, moister conditions). Paleosol successions are typically darker than loess because of higher organic content and are called pedocomplexes (PC). They are numbered from top to bottom (PC1, PC2, etc.) and more than 30 PCs have been described on the Khovaling Loess Plateau. For our work, we focus on three different sections:
Kuldara
Kuldara hosts the oldest Paleolithic artefacts that are investigated in this project. At the end of the 20th century, the first evidence of earliest human occupation in Central Asia from the Early Paleolithic was found here, in PCs 11 and 12 (~1 million years ago), making this site the oldest archaeological location of Central Asia. Until 2021, excavations have been conducted during three field seasons and the section was sampled extensively for paleoenvironmental and paleoclimatic analysis. ​
General view of the Kuldara site @Roger Kurbanov 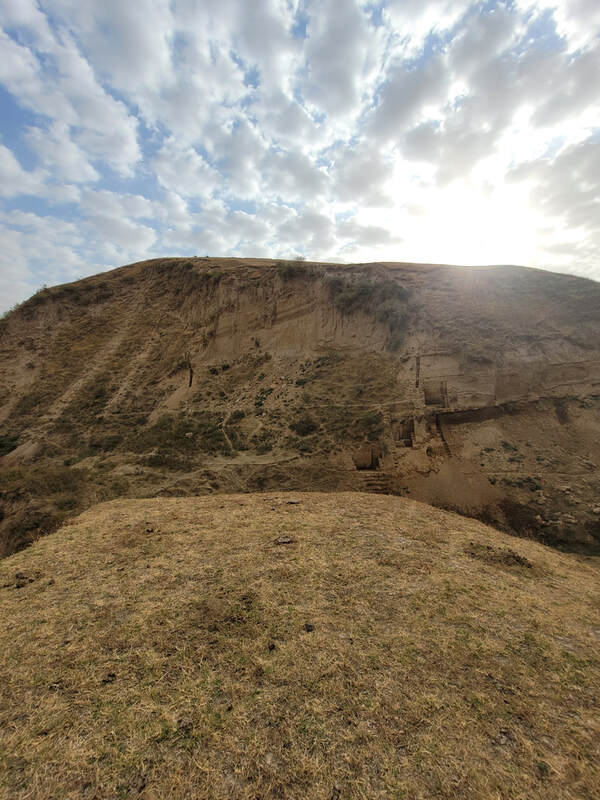 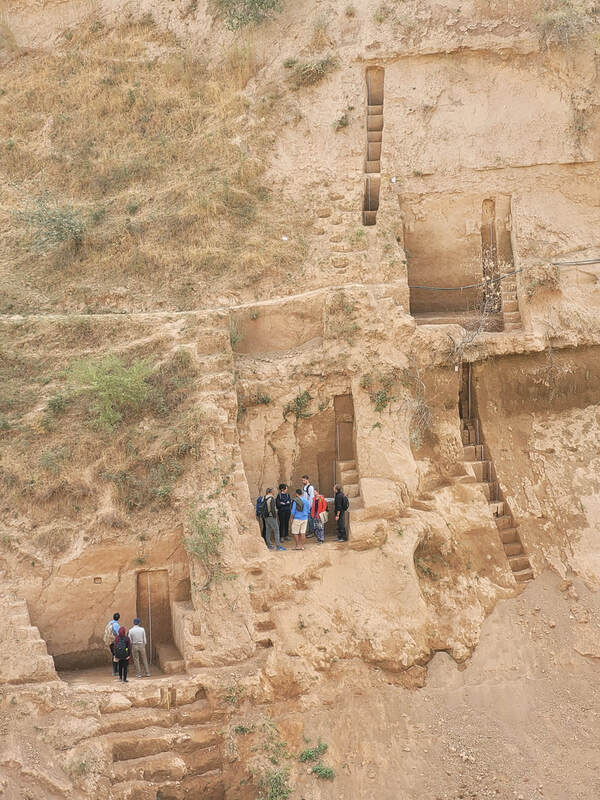 Kuldara, pits and trench from PC 12 to PC 8. Artifacts were found in PCs 12 and 11
Obi Mazar & Lakuthi
A few kilometers away from Kuldara lies the section Obi Mazar section, in direct vicinity of a river with the same name. It contains seven well-pronounced paleosols, and soils number 4, 5, and 6 contain large selections of archaeological artefacts from the pebble industry (~400-500 ka). Many of these artefacts have been excavated at Lakuthi, a side close to the main Obi Mazar section, in 2022 and the soil and loess layers have been sampled for paleomagnetic studies and paleoclimate and biomarker analysis. 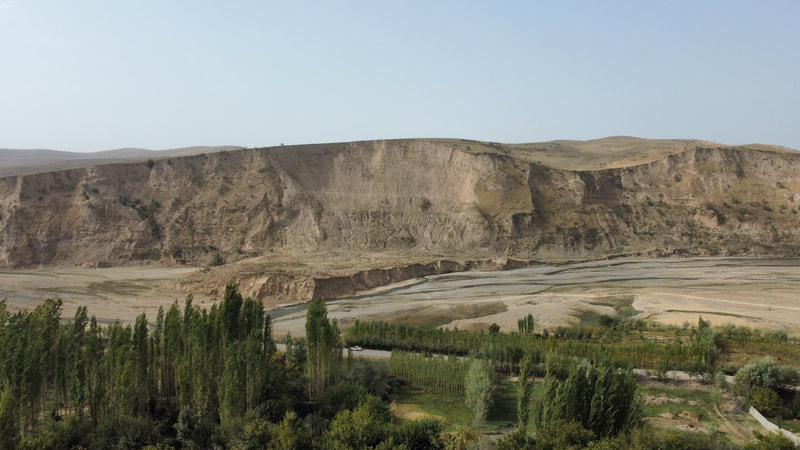 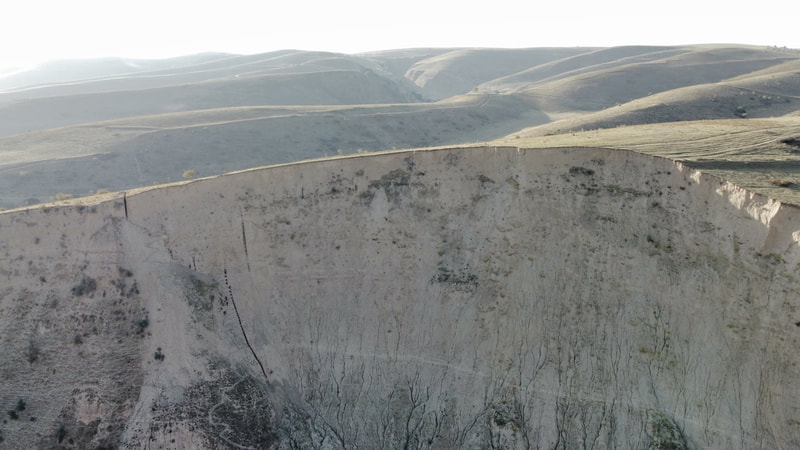 Sampling trenches at Obi Mazar
Khonako II
This site has been known and researched since more than 50 years. Geologists have identified more than 25 ancient soil layers (paleosols) at Khonako. This long and continuous record of dust deposition and soil development provides sample material along more than 100 metres in vertical direction makes this site very valuable for paleoclimate reconstructions. 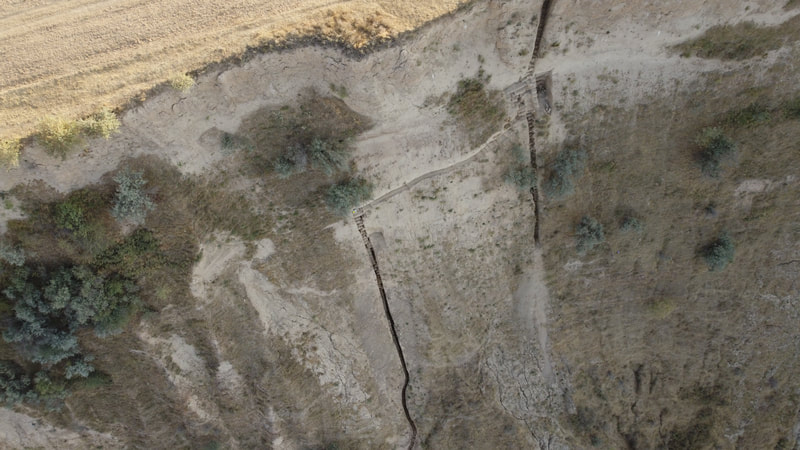 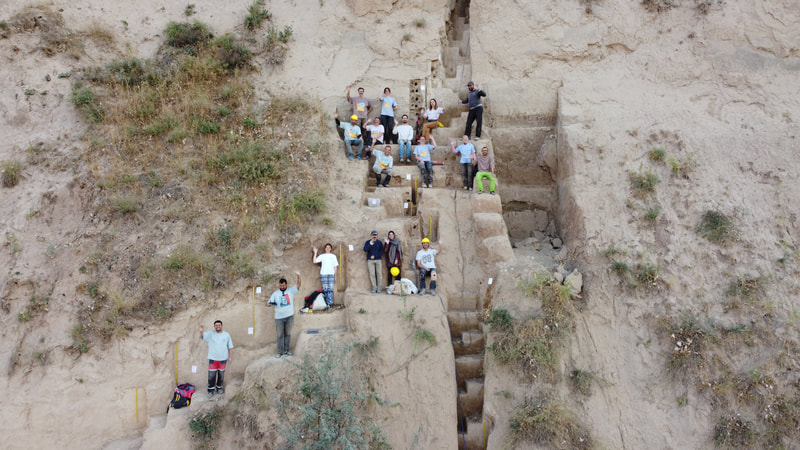 THOCA team at Khonako II
Khonako III
At this site, artefacts from Middle Palaeolithic were discovered in the top part of the section. In 2019, a part of the team went to sample the site. Currently, it is not accessible because the sampling trenches were eroded. 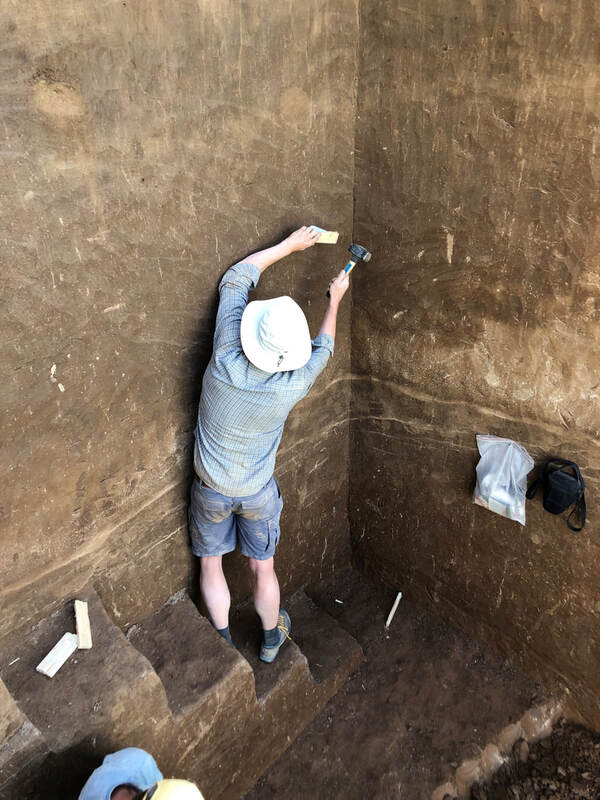 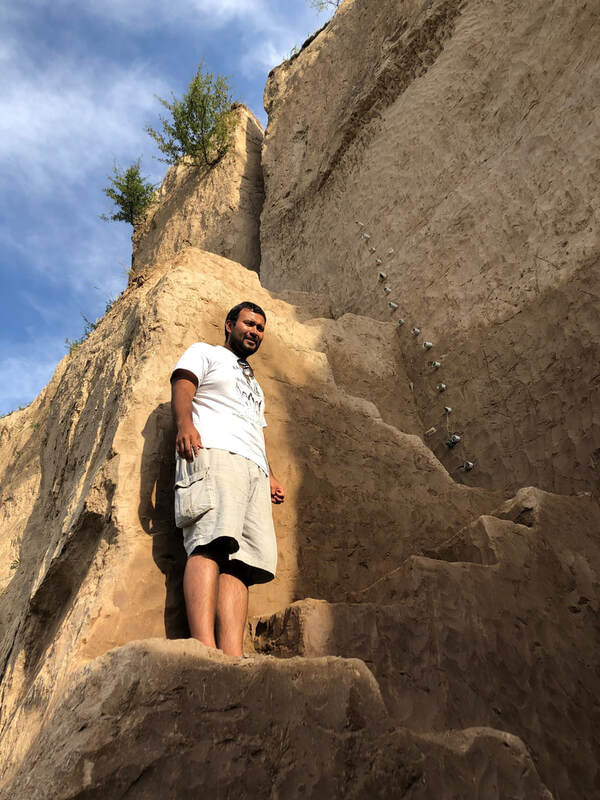